While the City of Lynchburg has been growing and changing in many positive ways over the past decade, the city’s housing stability issues have not been improving along the same curve.

One major symptom of this problem is evictions.

Fast forward to 2020, and the onset of the COVID-19 pandemic, and the statistics changed again. Sarah Quarantotto, executive director of Miriam’s House, saw a “dramatic” drop in cases at the nonprofit.

“Most households with children become homeless due to a rental [payment]situation,” she explained. “Over the past year we saw a 50 percent reduction in families becoming homeless. … The eviction moratorium was a major factor.”

The Center for Disease Control (CDC) eviction moratorium was initially issued to “protect public health and slow the spread of COVID-19” explained the Virginia Poverty Law Center, as well as protect “residential tenants who have fallen behind on rent from being evicted until 2021.”

Landlords could still evict for non-rent lease violations and the order did not forgive rent, only pushed it off.

“The protections of those moratoriums certainly slowed things. People had breathing room,” said Jeremy White, managing attorney at the Lynchburg office of VLAS. 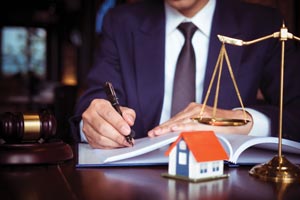 However, as White explains, a tenant couldn’t stand back and do nothing. To request protection via the now-expired CDC eviction moratorium, the tenant would have to make the declaration that they were eligible.

“It was on the tenants to fill that out,” White explained. “There were plenty [of evictions]still going forward after the main protections had expired.”

The CDC eviction moratorium was extended several times, with the final extension ending on October 3, 2021.

However, state protections for Virginia tenants continue until June 30, 2022, after Gov. Ralph Northam signed a new budget bill in August 2021.

In order to evict a tenant based solely upon the nonpayment of rent, the landlord must first give the tenant a 14-day nonpayment notice informing the tenant about the Virginia Rent Relief Program (RRP). This pool of money can pay rent, past due amounts and even court costs for qualifying tenants as far back as April 2020.

Then, during the 14-day period, the landlord must apply for RRP on the tenant’s behalf unless the tenant pays in full, enters a payment plan, or the tenant already has applied for RRP.

“If a tenant is experiencing any financial hardship during the COVID pandemic, then the landlord has to apply for rent assistance. Until that process is attempted, landlords aren’t supposed to be taking any action,” White explains, emphasizing that a person doesn’t have to be struggling specifically because of COVID-19, such as a lay off. The RRP has very broad coverage.

If it sounds confusing, White agrees—it is.

“From a practical standpoint that’s where we are at right now, trying to get people to the right place. We have rent relief navigators, thanks to a recent grant, who help navigate that process. Because it’s not super simple info,” White said. “It’s been changing so rapidly, it really makes it difficult for the average person to understand.”

There was a move to simplify the RRP system late last year; state officials combined the tenant and landlord portals on Dec. 1, 2021. This updated, one-application system will ensure that tenants, landlords, and all stakeholders have access to rent relief information faster and easier than before—and that the funds are handed out in a timely manner.

“Virginia is sort of leading the country in dispersing the funds; some states don’t have a system at all. Virginia is doing better than most,” said White.

Even before the pandemic, the rental environment was changing in Virginia. Virginia lawmakers were enacting new protections for tenants, becoming a lot more “tenant-friendly” than they had been historically, said Luke Malloy, an attorney with Petty Livingston Dawson and Richards who represents landlords in the region.

The changes started with the Virginia Residential Landlord and Tenant Act. This act oversees the rights, remedies and responsibilities of landlords and renters concerning the rental process.

“Historically, that [act]did not apply to what was called ‘mom and pop landlords’, with fewer than four properties. The [legislative]change made it apply to all landlords. That was a large shift,” said Malloy.

Then the COVID-19 pandemic hit, leading to those emergency laws regarding tenants.

“These enactments at the state and federal level were further designed to keep people in their homes and keep them from being evicted,” Malloy said.

While Malloy is sympathetic to the concerns for tenants, he says landlords can sometimes be overlooked in the eviction/housing debates. 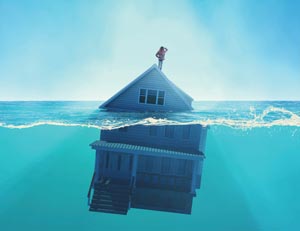 “What used to be the failure to pay rent situation, five-day notice and court hearing is now a much lengthier process to allow tenants more time to apply for relief and essentially avoid there being an eviction on that basis,” Malloy said.

In working with landlords on their cases, he sees their burdens firsthand.

“They still have mortgages to pay. Financial constraints. Tensions they face,” he said. “There’s been such a push and pull on the eviction process from stakeholders on both sides. And it’s been such a quickly changing subject that the courts have been very hesitant to proceed on evictions for failure to pay rent.”

White emphasizes that the intent of the RRP program is to bridge the financial gap between landlords and tenants, so that neither entity is struggling.

“We have just heard that there is still $500 million available in rent relief so it really is vital to connect landlords and tenants to the RRP system,” he says.

Despite that high number, everyone is aware that at some point, the RRP money will run out.

“We are kind of bracing ourselves for the surge [of evictions]but it hasn’t come yet,” said Quarantotto. “Right now, the state is projecting that the Rent Relief Program will last through all of 2022.”

And what then? Quarantotto believes Lynchburg’s eviction rate will continue to be an issue in the coming years if the city doesn’t address barriers to housing stability—such as a lack of affordable rentals.

“There are a ton of folks who are paying 50 to 70 percent of their income on their rent. It’s not sustainable. It doesn’t allow for any crisis in their life, such as getting sick and losing a week at work or their car breaking down,” she explained. “The story we hear every day is a family was getting by okay and a crisis happens, then they can’t pay their rent, they get evicted, go to grandma’s for a few months, then end up homeless.”