If you don’t recognize the name Sonny Harlow, you’ll recognize his work, whether it’s murals downtown or in homes across Boonsboro. For nearly four decades, this burly painter has focused on stenciling and hand-painting to create a unique look that not a lot of people can do—or want to do, according to him.

We caught up with Harlow after a recent kidney transplant, and though he’s promised his doctor to rest, he can’t wait to be able to paint once again. 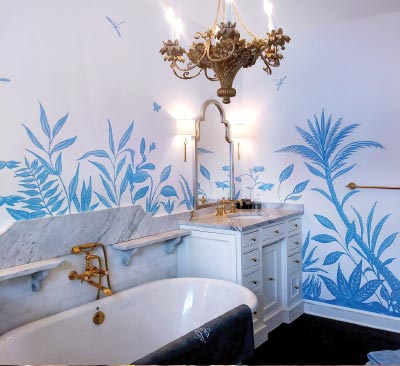 Tobi Walsh: Sonny, how did you get started?
Sonny Harlow: I’ve been painting for 38 years. I was always scribbling on something as a kid. There was just always something in me. [When I moved to Lynchburg] I needed to find a way to earn money and I picked up some projects [in Boonsboro]. Then it was just word of mouth.

TW: How would you describe your artistic style?
SH: I’m self-taught. There was a high school teacher who showed me a lot, but I think I have my own style. I just have a lot of patience.

TW: You’ve worked on so many projects around Lynchburg. Which one has been your favorite?
SH: St. Paul’s Episcopal Church. They were renovating the church and there were no pews—nothing inside. They were trying to restore it to what it looked like back then. They had photos of the original stenciling on the ceiling and I had to recreate it. 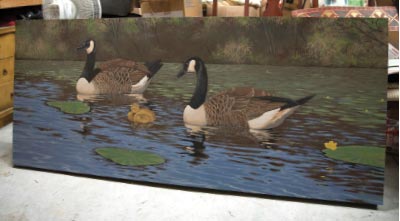 TW: Whoa. That had to be time consuming.
SH: Yeah, it was one of my favorites. While we were in there painting, an organist would come in and practice. It sounded awesome. I still have goosebumps thinking about it. A church out in Lexington approached me about working on a similar project for them, but I had just started dialysis and wasn’t able to make the drive.

TW: Yes! You recently received a new kidney via transplant. That’s incredible.
SH: My doctor told me it would probably take a long time to find a donor so I had buckled down, but it took a lot quicker than I thought. I couldn’t do the Lexington job, but I did hand-cut the stencils for them. I was so humbled that they trusted me to do that.

TW: It seems like you have a thing for churches.
SH: (chuckles) I also worked on a mural for Tree of Life Church in their sanctuary.

TW: Any other projects that come to mind?
SH: When Amazement Square first opened, they asked me to come in and do a lot of hand-painting for some of the exhibits. I remember climbing into this tiny tunnel and doing some painting and drawing worms and bugs. I could barely fit. I worked on a few of the traveling exhibits they had at one point. There was one about ancient Egypt. They also wanted to start showing movies in the park [by Amazement Square]so I did a mural for that as well. I also helped out on a project at Point of Honor.

They were trying to recreate a specific wallpaper. So I did it by hand so part of the wall is wallpaper, the other is just a painting. 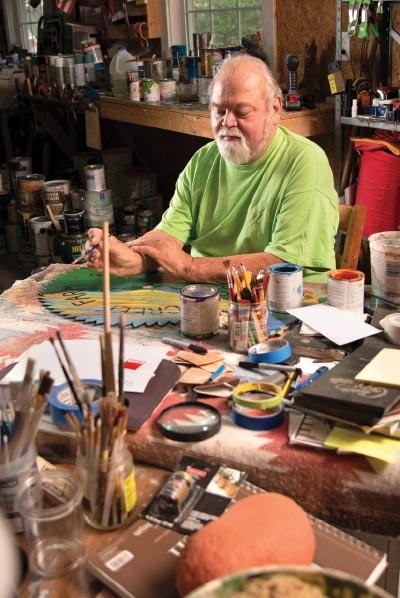 TW: Do you think hand-stenciling is a lost art form?
SH: I mean, a lot of my stencils I cut by hand. It’s not something you can go and pick out at Michaels. You need a lot of patience.

I remember a mechanic worked on my truck and said, “I couldn’t imagine painting all day.” And I said, “I can’t imagine fiddling with a wrench all day.” Not everyone wants to do it. But I like it. I like being able to take my time.

TW: And it allows you to create some really cool effects, too.
SH: I worked on a house where they wanted a certain area to look a certain way. So I took a sponge and a rag, let it dry, and then wrinkled it out to make the wall look almost like marble. I guess they sold the house, and the new owners mistook the painting for wallpaper. They tried to take it down and realized it was paint!

GET IN TOUCH
Email Sonny at sonnyharlow6073@gmail.com