He had not advertised to sell, so the offer took him by surprise. Plant material, and agriculture in general, had been a major hobby for as long as he could remember, a love he shared with his father and son, both co-owners.

“My first instinct was ‘no, I don’t want to sell’,” said Nelson, who first launched the center in 1979 with his father, Gary Garner Sr., as a mowing maintenance company. 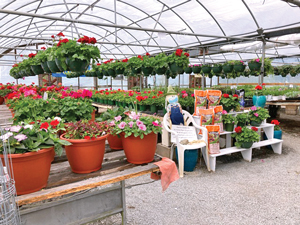 That lawncare service business slowly evolved into a garden center, which sold a wide assortment of shrubs, trees, vegetables, flowers, and other itemized gardening goods, mulches, and soils. But in 2016, after assessing the value of the family business and considering the offer—as well as the fact that Gary III was away for college—the decision seemed clear.

“Everything was lined up, and it seemed like it was meant to be,” said Gary III, who was preoccupied at Gardner-Webb University and exploring other career options.

In 2016, after nearly four decades, the family sold their beloved garden center.

As years passed, and as rich planting seasons ebbed and flowed, old customers would constantly probe the three Garys—particularly Nelson—on when the garden center would blossom back to life. Throughout its history, Gary’s Garden Center had built strong bonds with members of the Lynchburg community—from homeowners to professional landscapers. The center was even voted Best Lawn and Garden Supply business by Lynchburg Living readers in 2011, 2013, 2015, and 2016. 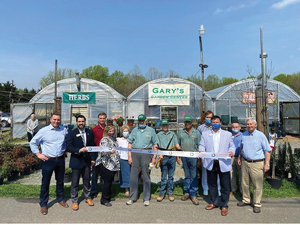 “So many of our former customers were basically begging us to get back into it,” said Gary III, who is currently using his business administration degree at two businesses: the garden center and Baughman and Associates Insurance.

After a five-year hiatus, the three Garys decided to reopen the business. Nelson signed the lease, sought the proper permits, and reconnected with his supply haulers.

“It was all done very quickly,” said Nelson. “Once we knew we had the property leased, I started lining everything else up, and it all fell into shape very well. … For the most part, we got everything we needed to be opened the first of March. And it has gone very well. I’m very thankful to the public and to our old and new customers who have all come in and supported us.”

Gary’s Garden Center reopened March 1, 2021, on a two-acre lot nestled at the corner of Greenview Drive and Leesville Road. The center is complete with a large greenhouse, stocked with a wide collection of vegetables, flowers, and other seasonal products, and open outdoor spaces for trees, shrubs, and additional perennial items. 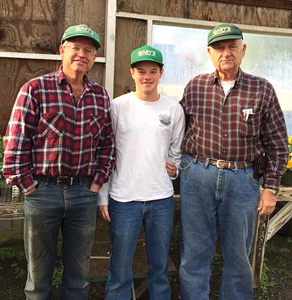 Lawn care products include premium grass seeds, mulches, and fertilizers by the bag. Additionally, they carry flower pots, small hand tools, animal repellants, and a basic lineup of chemical insecticides, fungicides, and miticides. The center carries a variety of hollies, nandinas, monkey grass, leyland cypress, and hydrangea. Items are sold by the pot size and start at $24.99.

Trees include maples, willow oaks, and other ornamentals. Vegetables vary from tomatoes, squash, cucumbers, peppers, eggplant, watermelon, cantaloupe, and more. Gary’s Garden Center is also home to one of the largest selection of herbs in the Lynchburg area.

While they strive to offer any and all products you could need for your lawn and garden, the family also loves meeting new customers and providing gardening and landscaping installation advice.

“That’s what sets us apart from the bigger stores,” said Gary III. “We know a lot of those little bits and pieces that help our customers be more successful.”

“It’s made us feel very good that our customers are confident and trusting in us to lead them and recommend the right direction for them,” Nelson added. 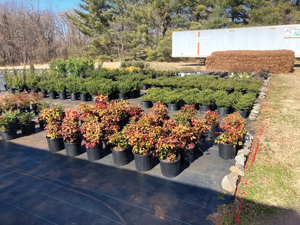 While Gary’s Garden Center operates through November and December, selling seasonal goods such as pumpkins, Christmas trees, and pansies, the center is closed January and February.

In the future, the Garys would love to expand their family business. Gary Sr., 86, has taken a behind-the-scenes role, writing content for the center’s monthly newsletter, which releases the first Thursday of every month.

“So many people just get enjoyment out of fixing a pot of flowers or having some kind of shrub or vegetable garden, even if they don’t have a lot of space,” said Gary III. “There are loads of studies about how plants improve peoples’ minds; even if they’re not digging in the ground, plants help filter the air.”

“Since we’ve opened back up, it’s made me realize I am a lot more appreciated in the business and industry,” Nelson added. “It has really humbled me. … We really appreciate the community and the area supporting us.”