There is a new future for a historic landmark in Amherst. 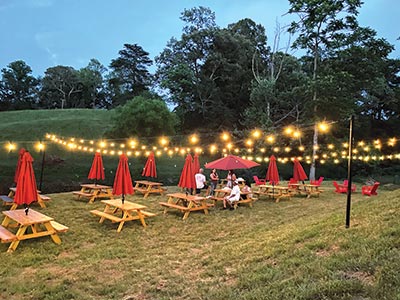 Amherst Milling Co., a mill and farming supply store built in 1890, ceased operations in 2017 and was purchased the following year by the Petersburg-based Waukeshaw Development. The company renovated the mill, farmhouse and land into a haven for family-friendly fun, craft beer and an immersive experience drawing much praise and appreciation from the local community.

“One of the most fun parts about getting [Camp Trapezium] open [was]the number of people who drove past every day for months, well before we were open, and just wanted to pop their heads in and take a look,” said Rachel Jesten, hospitality manager. “Everyone tells us the same thing. They say, ‘Boy, I used to buy my grain here for years. This was our local farm shop… they used to sell everything here.’”

Camp Trapezium’s beer menu currently features award-winning ales brought in from the Petersburg location, but the ultimate goal is for the brewery to also become a producer of its own beers that will incorporate ingredients grown on their farm. According to Jesten, head brewmaster James Frazer’s idea is to use the local flora to influence the fermentation process. 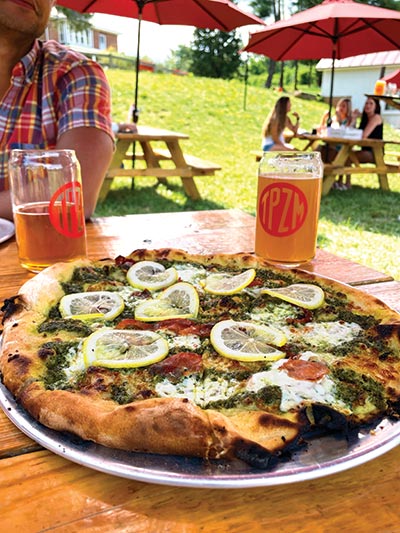 “[Camp Trapezium] is almost the even artsier cousin of [Trapezium Brewing Company],” Jesten said. “So, we are doing a lot of wild fermentation, mixed-culture ales. Basically, anything James Frazer wants to try… This is really a cool playground for that.”

In addition to the brewery and restaurant, the 76-acre property is open for guests to walk around and explore. Featuring a farmhouse that has been renovated into an AirBnb with eight suites, a permaculture farm, live animals roaming around and a water wheel that Waukeshaw hopes to make operational for hydroelectric power production within the next few years, Camp Trapezium is as much a historic site as an eatery.

“We want [Camp Trapezium] to be a really immersive experience,” Jesten said. “We love the idea of people coming down to the area and not just making a day trip out of it but making
a weekend.”