In October 2017, members of Garden by the James Garden Club were volunteering at Lynchburg’s Presbyterian Cemetery. In particular, the local garden club had been working to beautify the cemetery’s “cradle graves,” called as much because they often resemble a crib or a bed. Popular in the 1800s, cradle graves were not exclusively used for children’s burials, but perhaps that’s where their use is the most poignant.

Garden by the James, a relatively new garden club in Lynchburg, has a strong commitment to community service. “Garden, home and community is what our goal is,” community service project coordinator Lisa Edmunds said. “We do a lot of gardening, a little bit of home, and every year we choose a community project to do.”

Early last year, Edmunds said, the club surveyed five local organizations “about what their needs were and what we could do for them. The one that ended up tugging at our hearts the most was Presbyterian Cemetery.”

They contacted Wanda Carpenter, executive director of the nearly 200-year-old cemetery, who had some ideas about how the club could help. “The first thing we did out there was the 10 babies [from]the one family,” Edmunds said, referring to the 10 children of tin-ware dealer Robert Waldron and his wife, Susan. 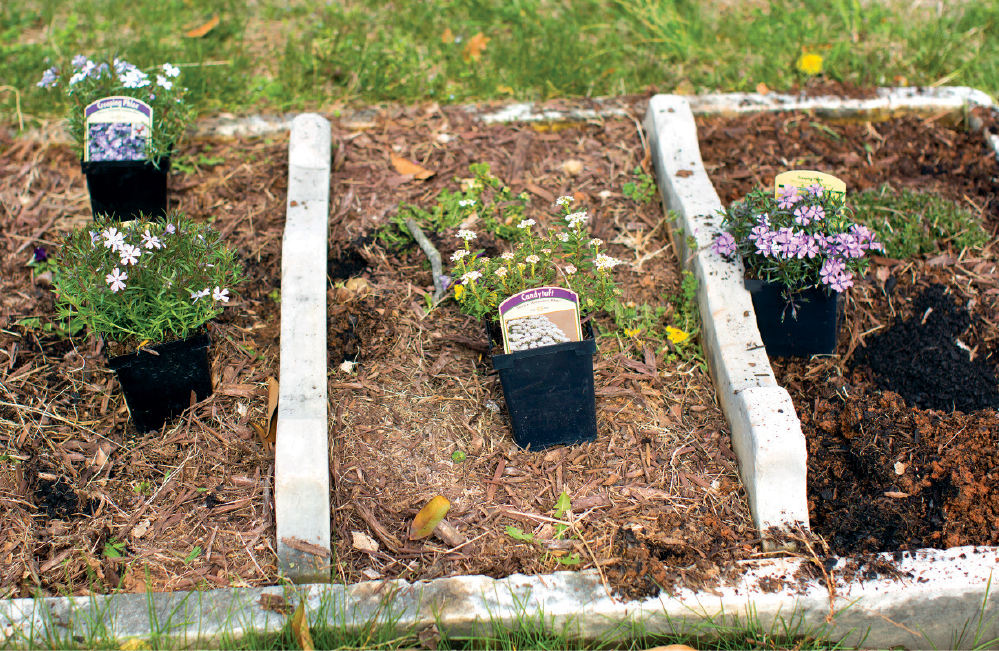 The Waldron children are buried side by side, in 10 identical graves. Although information is scant, it’s likely they died between the mid-1860s and 1880. Adding to the mystery, there are no names or dates on the graves, only a single obelisk dedicated to “Our Children” and engraved with Isaiah 40:11: “He shall gather the lambs with his arm and carry them in his bosom.”

Garden club members cleaned up the gravesite, weeding and adding fresh dirt and weed preventer. They planted phlox, candy tuft and violas. They mulched and then started wondering what else they might do for the cemetery.

One day, Edmunds said, Carpenter called to see if the club was interested in doing work on another gravesite, one with an equally sad story: five girls killed in a fire at Lynchburg’s Presbyterian Orphanage. “Absolutely,” Edmunds told her. “We want to really lock arms with you and do what we can to help out.”

This sad story began at about 4 a.m. on Oct. 26, 1909, when fire broke out in a girls’ dormitory at the Presbyterian Orphanage, now part of the HumanKind complex on Linden Avenue. Five girls, ages about 5 through 10, were killed. Stories about the tragedy appeared in newspapers as far away as Kansas, under dramatic headlines such as “Babes Die in Flames.”

The Baltimore Sun reported that “Mrs. Priest,” the orphanage cook, was the first to detect the fire after being awakened “by the roar of the flames.” In one eternal sentence, the reporter described the scene: “When [Mrs. Priest] saw that it was … impossible to get the children out by the stairway, the entire basement and first floor at that time being enveloped, and that it would be but a few minutes before the whole building would fall, she rushed to the third story and brought 15 children down to the second floor, leading them to the veranda roof, where they were taken down a ladder, several of them dropping into the outstretched arms of the older boys of the institution.”

The five girls who died that morning were Ruby and Lucile Moorefield, sisters from Lynchburg; Mamie Reynolds of Bath County; Marie Hickman of Campbell County; and Mary Poole of McDowell County, W. Va. The Louisville, Ky., Courier-Journal reported that Ruby Moorefield had been rescued but, upon learning that her younger sister, Lucile, was still trapped inside ran back into the inferno and “lost her life.” 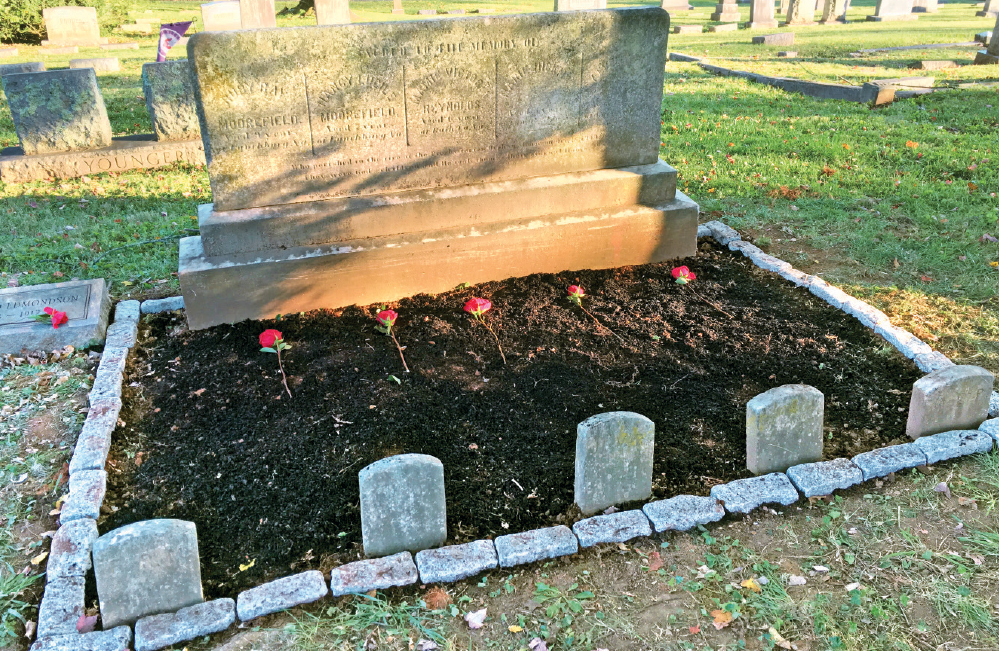 The girls were buried at Presbyterian Cemetery in five white caskets. A single tombstone, bearing all five names, sits at the head of the plot. Edmunds described the plot she first saw as “a sad little spot, very root-y and weedy, with some grass and some dirt. It just wasn’t very happy.” She said club members envisioned something different: a well-defined resting place, bordered with cobblestones and planted with daffodils and periwinkle.

“That’s what we did,” Edmunds said.

“We got the trench dug and picked a stone that we felt would look really nice with the headstone. … We raked, pulled weeds and did whatever we could. We laid the stone, set them the next day, and then [we]planted 100 daffodil bulbs.”

In early spring, the work continued with the group planting periwinkle, a traditional cemetery groundcover. “Hopefully, next year, we’ll have daffodil blooms coming up around these green and purple flowers,” Edmunds said, adding that future plans might extend beyond the gravesites to the cemetery’s entrance on Robins Road.

She hopes other garden clubs will get involved, too. “Everybody has gotten excited about this partnership,” Edmunds said. “We want to continue this relationship and I hope it will grow bigger than us.”

Carpenter is grateful for the help and welcomes the other clubs as well. “The cemetery is honored that Garden by the James has chosen the cemetery as one
of their community projects,” she said. “We are very thankful to Lisa and her team for all of their hard work. Many gravesites are no longer visited, as family lines have died out. For Garden by the James to adopt some these graves and help us preserve their stories is a gift to the entire community.”

What Garden by the James didn’t know before scheduling their workday last fall—“the almost goosebump-y part of the whole story,” Edmunds said—was that they would be at the cemetery on Oct. 26, 2017, the 108th anniversary of the fire.

“I looked up a story on this whole thing and when I read the story, I realized that we were actually going to be there on the anniversary of their deaths,” Edmunds said. “It was not planned. We had no idea when the fire happened. To go back [to the club]and say, ‘Oh, my goodness, the first day we’re starting this is 108 years from the day when they died,’ that was kind of a really neat coincidence.”