Beloved community theatre nonprofit Little Town Players has been making a big impact in Bedford—and beyond—for nearly 50 years, and it will undoubtedly continue to do so in the future. With its rich and decorated history, generous and talented volunteers, and commitment to presenting dynamic and high-quality productions, LTP is a triumphant testament to the power of close-knit communities.

Little Town Players’ story began in 1975 with a group of enthusiastic thespians, many of whom were members of St. John’s Episcopal Church in Bedford. 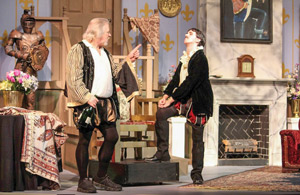 “At that time, there had not been any local theatre in Bedford for at least two decades,” Butler notes. “Roy and Karen Thorpe led a production of Our Town at St. John’s. Karen directed the play, and the majority of the cast was comprised of the church congregation. The show was a great success, so LTP officially began in 1976 with its first season of shows.”

Shortly thereafter, Little Town Players gained 501(c)(3) status and brought on its first Board of Directors. The Board originally had seven members, and now it has nine. The organization also found its permanent home at a former movie house.

“Somebody at the church found out that there was an old movie house that was not being utilized on the campus of the Elks National Home,” Butler recalls. “LTP has had a home in that space, which is called the Fred Harper Theatre, ever since. We have a great working relationship with The Elks: A Noble Senior Living Community.” 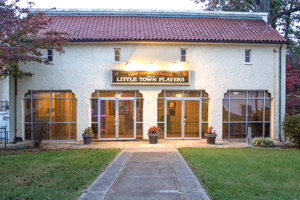 In 1983, a historic honor solidified Little Town Players’ status as a top-tier theatre organization: then-President Ronald Reagan awarded LTP a Volunteer Action Award for the Arts and Humanities. The Volunteer Action Awards were designed to honor outstanding volunteer achievements. In 1982, more than 2,000 groups were nominated nationally for 20 awards in 10 categories.

“In addition to having fantastic volunteers, I think that LTP was chosen for the award because of our ability to make the most of our fairly limited resources,” Butler says. “For instance, if we needed a stove for a production, we would get a cardboard box that a stove came in from a local electric company and paint it to look like the real thing. We’ve certainly come a long way!”

The Fred Harper Theatre specifically has come a long way thanks to many improvements over the years. 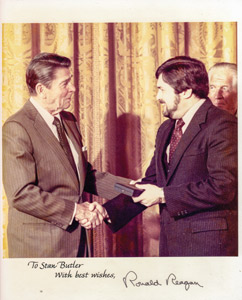 “We took the booth area from the former movie house and turned it into a booth for our sound and light controls,” notes Butler. “We’re working on getting all of our lights switched over to LED lighting, we’ve recovered our seats, and we’ve added lights above the stage. We’ve also built dressing rooms, installed heating and air conditioning, added bathrooms downstairs for the cast, and enclosed the lobby. We are able to use the space rent-free, so we do whatever we can to help the Elks continue to remain vibrant. It’s an ideal partnership.”

Since it was founded, Little Town Players has presented a wide variety of productions including Driving Miss Daisy, The Sound of Music, Fiddler on the Roof, Cat on a Hot Tin Roof, A Christmas Story: The Musical, Steel Magnolias, A Streetcar Named Desire, My Fair Lady, The Secret Garden: A Musical, and many more. Butler’s personal favorites are The Wizard of Oz, in which she portrayed Dorothy, and Always… Patsy Cline, in which she portrayed the titular character. See the sidebar for LTP’s upcoming lineup of productions.

Although LTP presents shows with apparent ease, a great deal of behind-the-scenes work goes into each production. 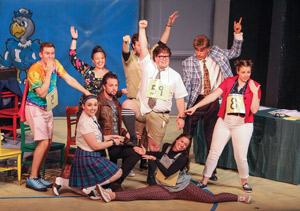 “We have a play-reading committee that consists of six to 10 people,” Butler says. “Each person brings suggestions of productions within three different categories: musicals, comedies, and dramas. We typically start out with 60 to 70 possibilities. The committee starts discussing pros and cons of each of the shows: the feasibility of building certain sets, whether or not patrons are likely to enjoy the production, how difficult the production would be to cast, etc. Once the committee limits the choices and votes on a slate, they present it to the Board for approval. The whole process generally takes five to six months.”

The members of that committee, Board members, actors, and a myriad of others involved in each production are volunteers. Directors, music directors, and choreographers receive small stipends.

“Without volunteers, LTP simply would not exist,” Butler remarks. “We are very lucky to have so many wonderful volunteers. Anyone can get involved by checking out our website and filling out our volunteer form. We can always use stage managers, light and sound workers, costumers, set designers, builders, painters, ushers, box office assistants, play-reading committee members, and more.”

According to Butler, LTP has a dual primary mission. 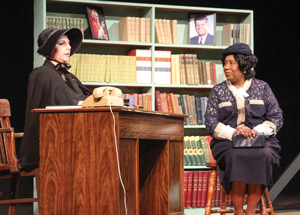 “Our mission is to both entertain and educate our audiences through theatre,” she says. “You may not think you’ll be entertained by a production that is laden with facts or educated by a comedy, but we aim to make those things happen. My mission as Board President is to ensure that all that is done within our theatre is done to uphold and support LTP’s mission and to ensure that LTP is around for generations to come.”

Little Town Players offers an annual scholarship to encourage involvement among young people in its and other organizations’ theatre programs. 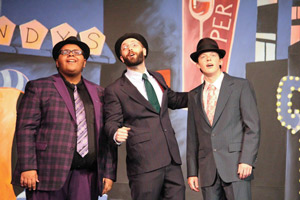 “For over 20 years, we’ve offered a $1,000 scholarship each year to a Bedford County graduating high school senior,” notes Butler. “Preference is given to graduating seniors who have been involved with Little Town Players, but it is not a requirement. The student needs to be very involved with theatre, but they do not need to be pursuing a theatre degree.”

There is no doubt that community is the cornerstone of Little Town Players. Butler, who met her husband through the organization and was involved in LTP’s production of Little Women: The Musical with her husband and two of her children, believes that anyone who gets involved with LTP will find a home away from home. 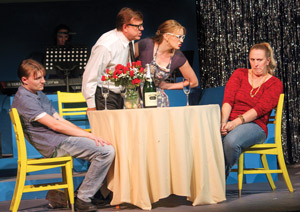 “Little Town Players is truly like a family,” she says.

“For us, community theatre is all about getting together and having fun while making beautiful art that is representative of our community.”

UPCOMING LITTLE TOWN PLAYERS SEASON
Shows are presented on Fridays and Saturdays at 7:30 p.m. and Sundays at 2:00 p.m.