The iconic T.C. Trotter’s has a new home for its must-have, multi-use Moose Mix

When Lonnie Hoade and Paul Webster received a call from Virginia ABC last October, the owners of T.C. Trotterʼs Moose Mix for Bloody Marys were equal parts thrilled and intimidated. “We suddenly had an order for 18,000 bottles to be delivered by the first week in December,” Lonnie explained of the very tight timeline.

But when you’ve invested so many years into a product, a little hard work doesn’t scare you off. Many who have lived in Lynchburg over the past few decades have watched the evolution of Moose Mix—from its local restaurant roots to its current location on Commerce Street, which serves as a manufacturing center and tasting room.

Lonnie and Paul’s tried-and-true Bloody Mary recipe, now recognizable across the country, was born at T.C. Trotterʼs Restaurant where Paul was the bar manager.

Casually known as “Trotterʼs,” the restaurant was located in what’s now Rivermont Pizza on Rivermont Avenue for three decades.

“[Our Bloody Mary] became very popular and was served in that glass,” Paul said, pointing to the stemmed and slightly fluted glass on the tasting room counter. “It was five dollars a glass and came with two shots of vodka. We just had cases and cases of those glasses because on weekends, we would serve so many of them.”

“When we first started to notice the demand for it [outside the restaurant], it was around 2004,” Lonnie explains. “Lynchburg College students would call us and want some so we were delivering it around the state. It wasn’t even shelf stable at that point.” 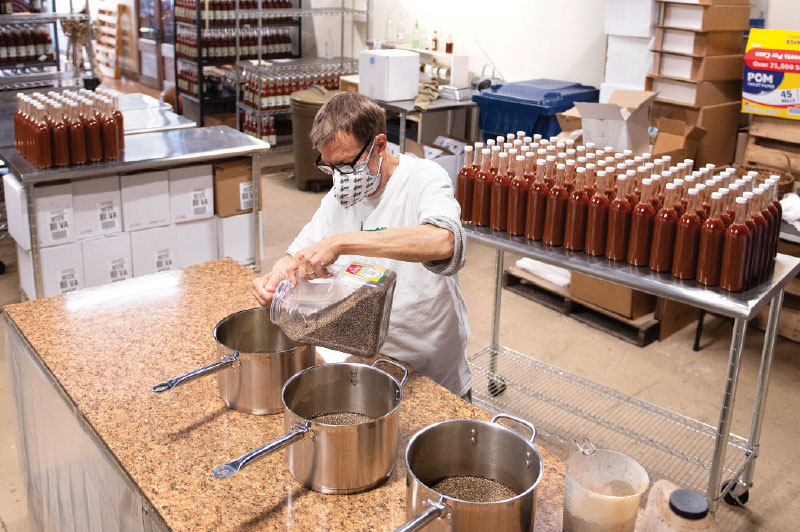 Back then, everyone knew it as “Trotterʼs Bloody Mary Mix”—but eventually they decided on a name change that combined autonomy from the restaurant with a bit of personality.

“We licensed it as Moose Mix because he makes it,” Lonnie said, referring to Paul and his nickname. They started bottling it for sale in 2007.

That same year, the owner of T.C. Trotterʼs decided to close the restaurant, but Lonnie and Paul didn’t let Paul’s famed Bloody Mary mix die out. Back then, and still today, each bottle is prepared by hand, every step of the way.

“From the labor to the packaging and then we put it on pallets and deliver it ourselves,” Paul explains. Each batch of Moose Mix takes about 2.5 hours from start to finish. The bottles are capped at high heat so there are no preservatives.

Now, the demand for their product reaches as far as New York, Florida, and California, with plenty of customers in between.

What makes the mix so popular, Lonnie and Paul believe, is its homegrown taste.

“When we are at festivals, people say, ‘This tastes fresh.’ Some brands can taste manufactured,” Paul says. “It is very flavorful. It has spice as in flavorful spice, not burn-your-mouth spice.”

Lonnie also believes their mix “holds up” better than other brands, making your classic Bloody Mary taste good down to the last drop: “We don’t add any water so it doesn’t water down. The end of the your drink, it’s just as good as the beginning.” 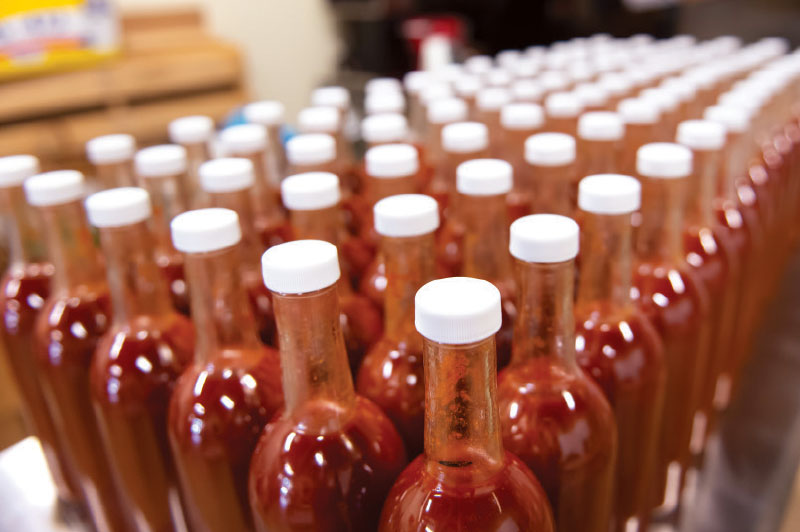 In 2016, Lonnie and Paul took what they learned from their experience at T.C. Trotter’s and opened Moose’s Café in Boonsboro. There, they continued making and selling their Moose Mix but also let it inspire some culinary creations as well—from the “Moose Island” dressing they used on their popular Reuben (a homemade Thousand Island with Moose Mix in place of ketchup) to a Gazpacho made with fresh local vegetables.

“We’ve done chili with it. We’ve done spaghetti sauce. People have told us about ribs that they have done,” Lonnie explains. “There are so many possibilities aside from the Bloody Mary.”

In fact, marketing their Moose Mix as more than just a base for a Bloody Mary has been an important step in their business model.

“At festivals, invariably, people would come to our booth and say ‘what is this’ and we would say ‘Bloody Mary mix’ and one of them would go ‘yeah!’ and the other would go, ‘ew, no.’ But we would let that person taste the shrimp we grilled in it. It would give us another avenue to reach people and find new customers,” says Paul.

In 2020, they made the decision to close Moose’s Café so they could focus even more on their Moose Mix.

Because when you are this husband-and-wife team, you like to be busy—even if it means bottling 18,000 bottles of Moose Mix by hand in less than two months. A deadline they met, by the way. 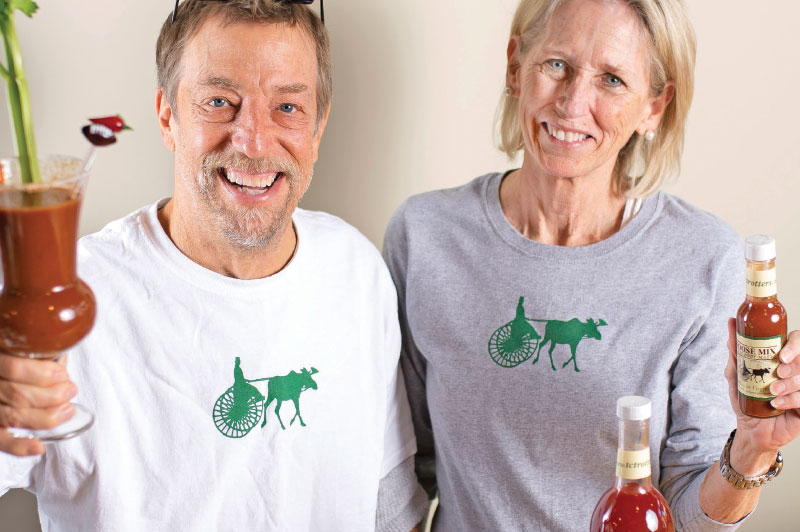 Now, they are able to enjoy a much slower pace as they maintain their case count at the ABC distribution center in Richmond. They’ve also had Absolute Vodka show some interest in doing a new promotion in 2021.

So slower, but not too slow, they hope. Lonnie and Paul are looking forward to the start of spring and warmer weather that will bring increased foot traffic outside of their Commerce Street location. “That’s why we are excited to be here. We get the impression it will be like a festival once it’s warm. We want to have tasting trays outside,” Paul says.

As Lonnie and Paul can attest through their journey, it doesn’t take much to bring people together in Lynchburg.

But a good cocktail never hurts.

“People can criticize it, but I’ve lived in a lot of places and this city is so great,” says Lonnie. “There is a connection here, something wonderful.”