In our July/August issue, we asked members of the local Black community to submit essays that give us their voice as the country continues to wrestle with issues regarding race and equality. Nicholas George, local poet and nonprofit founder, submitted a poem that asks: “Is It Okay to Love My Skin?” Here is an excerpt:

“i’ve spent my life uncertain of my beauty.
like i was not comprised of cosmic dust
blessed with earth’s tone
and i just want to know
is it okay to love my brown skin…
or does that scare you?”

Read George’s full poem, as well as check out any future submissions to this essay campaign, at the Lifting Black Voices Here. 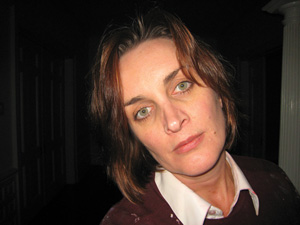 Remembering a Local Artist
When Inez Berinson Blanks passed away unexpectedly in July, her husband Norris’s life was forever changed. “The one true light in my life has gone and since that day my life will never be the same,” he said. 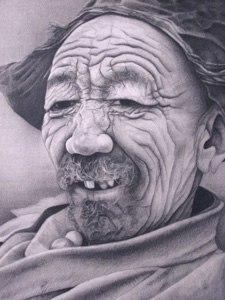 Born in Australia, Inez settled in Lynchburg via stops in Sydney, parts of Africa, India, Nepal and Washington, DC. In 2002, Norris and Inez traveled to Lynchburg and, after she fell in love with the city’s history, texture and more, they decided to relocate here.

For the past 14 years, Inez was deeply rooted in the local art community, working as a private employed artist, art teacher and part-time employee at the Art Box. She remodeled their historic home on Washington Street and created an art studio in the lower garden level. That’s where she would often work through the night creating art or teaching many of her art students. Inez also showed in two exhibitions and sold pieces of her work.

Inez was scheduled to have a show at the Academy Center of the Arts in 2021. Late summer, a slot opened up in October, and the Academy is now able to host a retrospective show to highlight her incredible works—from abstract pieces to beautiful portraits. “The greatest gift I could give Inez in her passing is the recognition of her art,” said Norris. “I’m so grateful for this opportunity.” 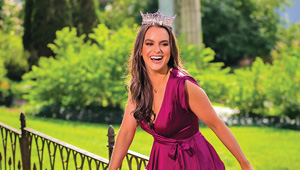 In late July, Miss America Camille Schrier spoke at the International Athena Awards luncheon at the Virginian Hotel and took a few photos around town with local photographer Rick Myers. Schrier was crowned Miss Virginia in June 2019 and earned the Miss America title later in the year. She will be the first Miss America to serve a two-year tenure, since the next pageant has been rescheduled to 2021. 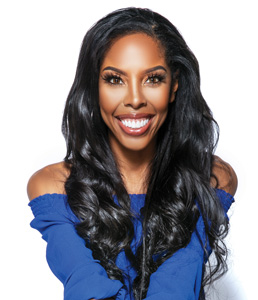 Mrs. Virginia American may be a recognizable face to some in Central Virginia. Dhomonique Murphy, formerly a news anchor/reporter at ABC-13, visited Lynchburg to talk about her July pageant win. She made rounds with an interview on talk radio station WLNI and an appearance on ABC-13’s “Living in the Heart of Virginia.” Murphy will compete in the Mrs. USA pageant later this year.