Laura Beth Davidson never set out to be a professional photographer. With her newly purchased camera and a few online classes under her belt, she just wanted to have decent photos of her daughter without paying someone else to do it.

“I found this online community called Clickin Moms, which was designed to help moms take better pictures of their kids,” she joked. “But a lot of them end up being people who actually start taking pictures of other people’s kids. 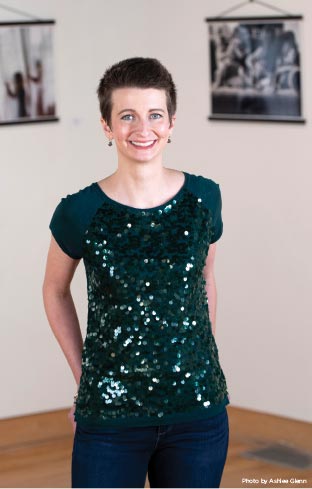 That was 10 years ago. Now Davidson is a professional who does just that—however with three more daughters in tow. She and her husband, Andrew, call Lynchburg home after moving to Virginia a few years ago.

“I was always a creative person,” Davidson said. “[Photography] just ‘clicked’ as an outlet for my creativity. Having a cute toddler [at the time]as a subject made it so there was always something to take pictures of.”

As she began to expand her portfolio of her daughter, Jane, Davidson started with a fine art style, but quickly learned that she loved photojournalism.

“I loved shooting things that weren’t posed or directed,” she said. “My favorite clients have been the ones who just let me come into their homes and do this documentary approach, where I basically just spend a day with them at home or whatever they do normally and just fade into the background to capture the ‘real life,’ not just the perfect moments.”

Davidson decided to take that approach with her own family after reading about a social media trend called “100 Days of Summer,” where photographers would take a photo every day between Memorial Day and Labor Day.

“Sort of by accident, those first few photos I took [when I started in 2018]had all four of my girls in the frame,” she said. “I thought, ‘This would be a fun challenge.’ At that point, my twins were not quite two and the oldest was seven.”

Davidson said she loved the challenge, especially as a stay-at-home mom with four kids home during the summer.

It gave her a creative outlet and a task, but also a great collection of her girls.

“It’s very tricky not to repeat yourself with your photos,” Davidson said. “That’s what I love about it. I try to play a lot with reflections or shadows to try to make it clever so there’s a wide variety. When you have hundreds of photos, there are some that tend to duplicate, but the other side of that is that there are some that I’ve tried to recreate as an interesting marker of where they are each season.”

On the hard days where creativity doesn’t strike, Davidson said sometimes she’s not happy with the shot she does manage to get.

As someone who likes control, Davidson the project has helped her let go of her ideas of perfection.

“It makes photos where I really nail it so much better and they are special to me,” she said. “I’ve just had to accept that the light isn’t always going to be nice. I’m not always going to have great composition, but some days I will.”

The girls, for the most part, enjoy being part of the process, Davidson said. She says it helps that she doesn’t make them pose and that they put all the photos in a book at the end of the summer. She even got the opportunity to display a collection of her work titled, “Ordinary Time: A Visual Record of the In-Between” at the Academy Center of the Arts this March.

After focusing on the summer for the past few years, Davidson decided in 2020 she would focus on getting a picture every day: 365 days. Though the pandemic threw the Davidsons into a new season of life, documenting photos became even more important after Alice, one of the twins, was diagnosed with a Wilms tumor late last year.
“It’s the first time that one of them has experienced something that the other three girls haven’t,” Davidson said. “They have no idea what the experience has been like because of the pandemic. The girls haven’t been allowed to visit Alice when she’s in the hospital. We tell them what’s happening, but the only way they get to experience it is through the photos I take.”

Davidson hasn’t shied away from the harder days with Alice because she has always wanted her photos to be an honest look at life.
“It’s crappy,” she said. “She’s four and a half. She has a fantastic attitude and is just a happy kid. Sometimes it’s hard for me to remember that this is a big deal for her. I don’t think she fully understands it. I didn’t have any idea of what it was going to look like as a parent, and I’ve even thought about what I’m going to do with these photos after it’s all over.” 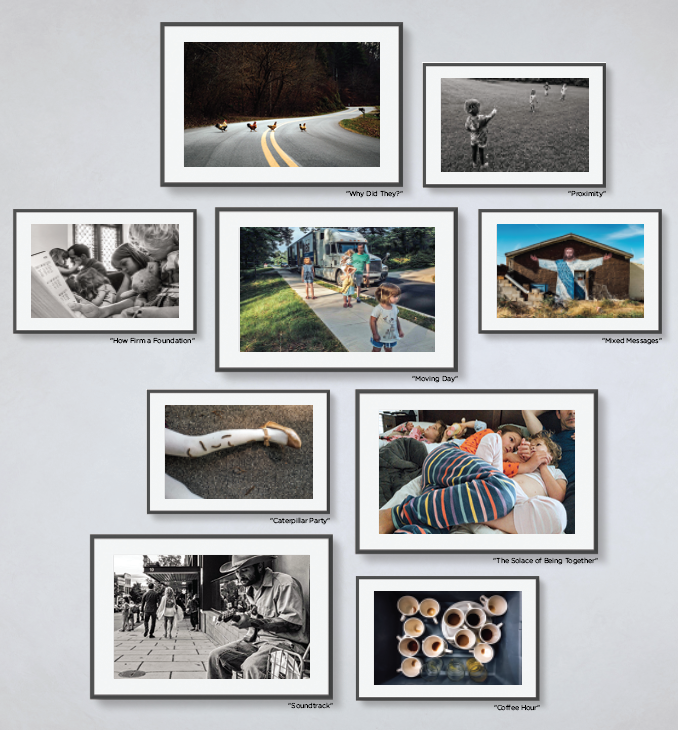 Davidson said continuing to be raw during painful moments is still hard, but she always looks back to that first summer when she started.

“Just like how starting [the project]gave me something to focus on as a stay-at-home-mom with four small children, I feel like this helps me compartmentalize or process it in a way. [Alice] has to sit here and have this needle stuck in her and she’s not going to like it. There’s nothing I can do about it in that moment so instead of sitting there and feeling broken by it, I can use that energy to frame a photograph that is heart-wrenching, but it gives me a role to play. We’ve had to hand off so much to the doctors, it really gives me something to do when I can’t be Alice’s primary caregiver.”

Documenting Alice’s journey is something that Davidson believes will help all the sisters process better in the future.

“Whenever they’re ready to know the full extent of what she’s going through, I think they’ll be able to experience it through the photographs in a way they can’t now because of their age and COVID,” Davidson said. “It’s almost like making this time capsule.”

With treatment for Alice scheduled until July and the world slowly reopening, Davidson said setting some expectation of what she wants to shoot this year often leads to disappointment.

“I try to keep an open mind about it,” she said. “But I do want to continue to photograph the girls’ relationships with each other. I’ve also been taking pictures of Alice’s appearance as she loses her hair and weight, gets more dark circles under her eyes. I want to make sure to document that as well as she dips and as she comes back up because the prognosis is very good. But I want to document Alice coming out of this and her sisters processing it as well.”

As she looks back, Davidson believes she could have never started out as a documentary photographer—that transformation happened during motherhood.

“I think having four children [changed that],” she jokes. “It was more than I bargained for, and some days we’re doing the best we can. I think that’s mirrored in my photographs: choosing the things you can control—like where I’m standing in relation to the girls or having patience not to just go for the first shot. That’s part of the beauty of it. When you look back at the photos, it’s obvious I’m not telling them what to do. It is really like I’m not even there. That’s the goal.”