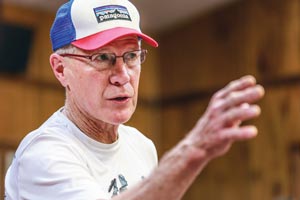 When the clock strikes midnight on the second Saturday of December each year, there is no sign of bedtime for a group of runners at Camp Bethel in Fincastle. In fact, physical rest will only come approximately 18 hours later. Because the only way these athletes are getting back to where they started is via 66.6 miles of darkness, woods, steep elevation gains, and possibly—depending on the season—extreme winter weather conditions.

But this is the Hellgate 100K—and the race roster is full yet again. 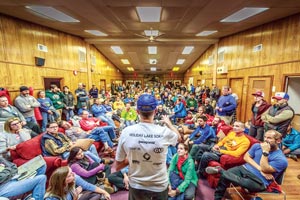 “I think Hellgate is appealing to people because it’s such a difficult race,” said Dr. David Horton, race director. “People are attracted to tough things, to unique things.”

Horton, a professor of health sciences at Liberty University for more than 40 years, has a lot in common with the men and women who come out each year to attempt Hellgate, the race he founded in 2002. 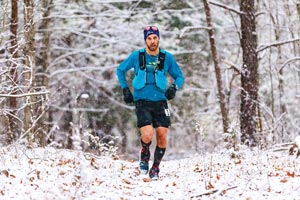 Despite his impressive athletic resume, the 72-year-old didn’t start running until he was an adult, attempting his first ultramarathon (a race longer than a 50K) in 1979, not long after he started teaching at LU. After that accomplishment, he was hooked—it was the first of about 30 marathons and 160 ultramarathons he would log in the coming decades. Horton also ran across the United States twice.

“Volkswagens are suited for mileage but not for drag racing. I’m suited for longer distance runs,” Horton said with a laugh. “I found the further I went, the better I did.” 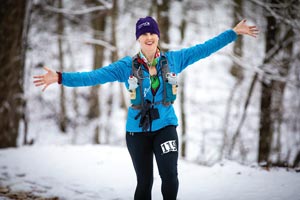 Alongside this newfound passion, Horton felt called to bring more ultramarathon opportunities to others. He founded the Mountain Masochist Trail Run 50 Miler (Montebello) in 1983, the Holiday Lake 50K (Appomattox) in 1996, and the Promise Land 50K (Bedford) in 2000.

Through the years, he directed these races, and dozens of others, but over time has passed each one on to someone else to lead—all except Promise Land and Hellgate, his two favorites.

Hellgate has had the same course since it was created 20 years ago. While it’s a 100K, the exact distance down the Glenwood Horse Trail ended up, ironically, being 66.6 miles.

According to Horton, Hellgate seems to have the largest and strongest following in the ultrarunning world.

“Runners from 30 or more states come and run it,” he said of the approximately 150 participants who take part each year.

John Anderson, a 47-year-old father and veterinarian in Crozet, will mark his tenth Hellgate experience this December. He is hoping for his ninth top-10 finish. 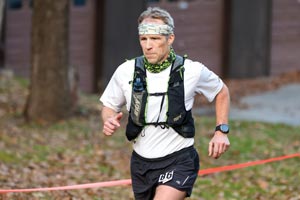 “Hellgate is like a test at the end of each year—a life test,” said Anderson, who started running marathons once he turned 30. “Not only are you in shape to tackle this race, which is so hard, but also are you in a mental space where you can handle the race?”

Each runner has to train and prepare for 13,000 feet of elevation gain during the Hellgate course; that’s about 2.5 miles of hills. Much of the terrain is covered with leaves and very uneven.

As is typical in the Virginia mountains, the weather is a mixed bag from year to year. 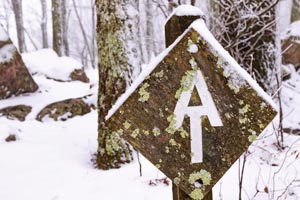 “We have anywhere from nice weather in the 70s to 10 degrees with a foot of snow. But we have never canceled a race,” Horton explained. “Two years ago, it rained for 10 hours during the race. We called that race Watergate, instead of Hellgate.

There was also Snowgate one year.” There is also the dreaded Hellgate Eyes—a condition where your cornea literally freezes, causing blurred vision. About five or six athletes deal with this each year, Horton says.

The 12:01 a.m. start time means the first seven hours of the race are practically pitch black, with handheld flashlights or headlamps helping to guide the way. 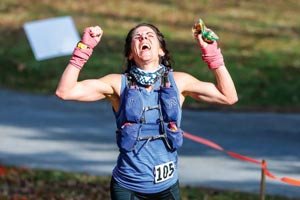 Along the trail, Horton and his team set up nine aid stations that are manned by dedicated volunteers. These stations provide help to runners if they need it and also make sure they stay on course, especially during the nighttime hours.

All of the darkness is a prelude to Anderson’s favorite part of the race: “And then, the sun comes up. It’s like a rebirth, but right when things are getting tough,” he said.

In a way, the Hellgate race—with its demand for physical and mental fortitude— mirrors the life of its founder and director, who has been the subject of two movies, Extraordinary and The Runner.

After several knee injuries and surgeries left him unable to pound the pavement (or trail), Horton had to hang up his marathon days about a decade ago. But he didn’t take that as a reason to stop competing and quickly transitioned to distance biking.

This past summer, Horton completed a bike race from Portland, OR, to San Diego and finished it in just over 13 days. He has also biked across the United States twice.

“Did I want to switch to biking? Nope. I wish I were still running,” said Horton. “But you always look for different challenges. And since I teach at LU, I want to be an example to my students.” 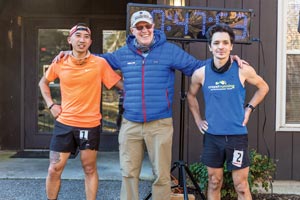 Horton holds himself to a very high standard—and is equally as tough on the athletes that choose his races. This is one reason why Anderson keeps coming back year after year.

“David has been there for several 100-mile races that I have done, and when things are tough, and he knows they are tough, he doesn’t coddle you, or give you false bravado—he will say a comment or two that makes you realize that this is your race and what you choose to do with it is your decision,” said Anderson.

Last year, the fastest Hellgate runner completed the race in just over 10 hours. The average time is around 16 hours. There is an 18-hour time cap.

Horton is proud to say that 90 percent of the people who start the Hellgate race finish it within that time frame. 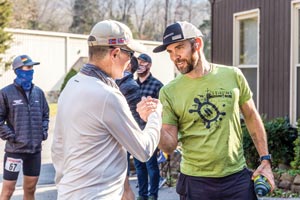 “It’s not about who wins, it’s about challenging yourself to do something you aren’t sure you can do,” he said.

As for his personal finish line, Horton has no plans of slowing down anytime soon. Retirement isn’t on the table just yet, and the Hellgate and Promise Land races will continue “indefinitely,” much to the delight of ultramarathon runners like Anderson.

“Virginia arguably has the best ultrarunning community on the East Coast, and I would argue, the nation. It’s a tight knit group, and this is OUR race,” Anderson said. “Everyone respects Hellgate and takes some pride in it.”