Lynchburg’s past is full of inspirational figures, but those who have shaped the minds of young and old alike have always been our teachers.

With the help of the Lynchburg Museum System, we took a look at three of those impactful educators who lived, worked and taught here in our city and were the ones to pave the way during a time when it may not have been as celebrated as it is now. 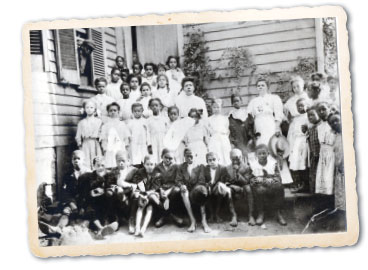 Amelia Perry Pride (1857-1932)
Not only was Pride an African-American elementary school teacher and principal for 30 years, she was also well known for her larger contributions to the Lynchburg community.

Pride attended Hampton Institute, now Hampton University, and returned to Lynchburg to begin her teaching career, where she was one of the first Black teachers in Lynchburg City Schools. She later became principal of Polk Street Elementary School.

In 1897, Pride established the former Dorchester Home on Pierce Street or what some called the “Old Folks Home for impoverished former slave women.” According to a city historical marker, it provided shelter, fuel, clothing and food for its residents until their deaths.

The marker also states that, “Following Hampton Institute’s principle of uplifting her race through self-help, Pride was a passionate advocate of African American and Virginia Indian education.”

Pride provided scholarships for many young women seeking higher education and established sewing and cooking schools for women and men entering vocational fields. Her namesake lives on at the Amelia Pride Center on the grounds of Dunbar Middle School, which houses several alternative and adult programs. 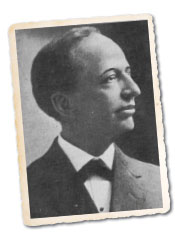 According to Museum Director Ted Delaney, Glass’s most monumental contribution to our community was that he ensured that public education in Lynchburg was viable at a time when many citizens opposed the idea of taxpayer-funded, government-run schools.

Glass became superintendent of Lynchburg’s public school system in 1879 at the young age of 26 and served for nearly 53 years, according to a city historical marker. He established and for 18 years oversaw a summer teachers’ institute that trained thousands of teachers from Virginia and beyond.

Glass co-owned and co-edited the Virginia School Journal, which for years was the official organ of the state’s Department of Public Instruction and the Educational Association of Virginia. Glass was president of this association and twice served on the State Board of Education.

According to the marker, Glass wrote several textbooks, including Glass’s Speller. Lynchburg High School was renamed in his honor in 1920, and a new E. C. Glass High School opened in 1953. 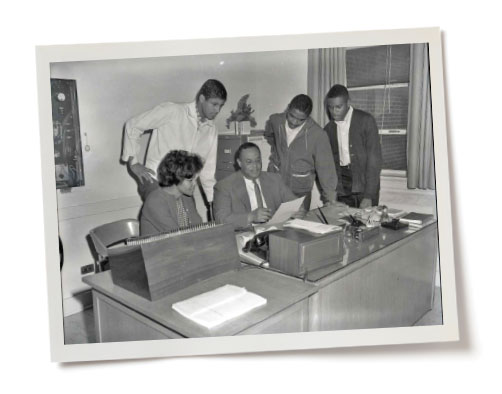 Clarence W. (or “C.W.”) Seay (1900-1982)
Seay was an African-American, long-serving principal of Dunbar High School from 1938 to 1968. At the time, Dunbar was Lynchburg’s secondary school for African Americans. According to Delaney, he was the last principal before integration and a beloved advocate for his students and faculty.

Seay believed in the connection between school and community. According to a historical marker in the city, he shaped Dunbar High School into a school of academic excellence, holding that a “successful school and its community are inseparable.”

According to the Lynchburg Museum, Seay spoke out against injustices within the education system and encouraged Black schools to hire Black educators, administration, and personnel, and to seek Black leaders for the School Board.

He later became the first high school principal elected to the presidency of the Association of Colleges and Secondary Schools. After his retirement in 1968, Seay taught at Lynchburg College, now University of Lynchburg, and held the position of Assistant Professor of Education. He was the first and only African American to be employed by the school at the time.